It’s hard to believe that Skull and Bones (opens in new tab) is actually happening. Even though an official launch date was announced in July, the litany of delays and uncertainty leading up to that point has embedded a tiny, nagging sense of doubt in the back of my brain that’s not going away until after it comes out—and maybe not even then.

But now we’re one step closer to a release actually happening: Ubisoft has unveiled the official Skull and Bones system requirements, PC-specific features (opens in new tab), and anti-cheat systems.

First things first: The hardware you need if you want to play.

Owners of the PC version of Skull and Bones will also enjoy uncapped framerates, multi-monitor and widescreen display support, customizable controls, advanced graphics settings and adjustable FOV, built-in benchmarking, and for those with the hardware to handle it, support for DLSS/FSR and ray-traced global illumination. It will also have full crossplay support with all other platforms: PlayStation 5, Xbox Series X/S, and Stadia.

Skull and Bones can be played solo but “is best experienced with up to two other friends,” or randos you run into on the high seas, as the case may be. Either way, the game will endeavor to make your adventures both fun and fair. Players will be matched up based on their infamy level and PvP preference, and a built-in reporting system will enable players to report or block others for “disruptive behavior.”

It will also employ the widely-used BattlEye (opens in new tab) anti-cheat software, and it sounds like Ubisoft won’t be messing around: It warned that players will be permanently banned on the first offense if they’re caught using cheats.

Barring any further delays (and these things are always possible), Skull and Bones will be out on November 8. 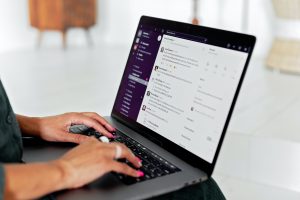