Skip to content
Home » Confessions of a computer science major

As someone who has always found the unique reasonings and choices made by others extremely fascinating, I decided to conduct an informal study by speaking with three computer science students at varying stages in their degree:Chelsea Brown (CB) a first-year, Mai Lyn Puittinen (MP) a third-year, and finally, Eric Assadi (EA) is in his fourth year. I conducted this research in an attempt to determine what motivates students to chose certain major’s and whether or not they found themselves satisfied with their decision.

What were your motivations for picking this major?

CB: In high school, I took a coding class and I found that it really challenged me, which I enjoyed. I liked being able to create things that I can look back on and say I made this myself. In terms of pursuing a degree, job security is really important to me. And I figure, in a world that’s becoming increasingly more technological, it would be good to get like that step ahead.

According to Puittinen, she chose this program because of its varying applications. Also, she isn’t exactly convinced of her future career and feels that computer science allows her the time to find a passion that can easily be applied to it.

EA: The main reason I picked computer science was actually because of a mini enrichment course I took at the University of Ottawa where I learned about artificial intelligence and about programming with Scratch. I also really liked computer science in high school as well and it confirmed my suspicions that this is something that I’m very much interested in.

One misconception about your major?

CB: I think one misconception is that there are no girls in the program. Obviously, it is a little bit more male-dominated. But there are definitely a lot more girls in just my program that I anticipated seeing. And that’s just during 101 week. It’s not just a bunch of socially awkward nerds, who are just like hunched over a computer.  It’s actually a really diverse group, which is really interesting.

MP: There’s a misconception that all computer science majors are gamers. I’m definitely not a gamer. I played very minimal video games. I think there are a lot of people that come into computer science with no actual coding background or any experience at all and university. So, computer science isn’t just like coding games you can apply it to so many other dominions.

EA: Most people think that it’s all coding. The program covers mostly theoretical aspects and then the programming is more supplementary. So, in most classes, we’ll discuss some theoretical aspect or an algorithm. And then, to add on applicational knowledge […] there’s a programming aspect where we’ll implement that algorithm in a specific language. There’s even courses like technical report writing, or ethics for engineers, which are both mandatory for computer science. And […] they both involve no programming whatsoever.

Has the program met your expectations so far/ are you satisfied with your choice?

According to Brown, 101 week has allowed her to feel incredibly welcomed into the program and although she has only just begun her courses she doesn’t feel like she’s been left in the dark. Overall, this past week has erased most of her fears and concerns.

On the other hand, “It was kind of what I was expecting. I feel like I didn’t learn as much as I was expecting to learn about computer science. I learned a couple more programming languages than I was originally thinking that I would. I found that some of the most rewarding aspects of this degree were not from the classes themselves, but from the Coop program. I actually learned a lot more about the field that I was really interested in which was cybersecurity, because I got a job working in that field,” explained Assadi.

What’s something you’d tell your past self about this program?

MP: Second year is pretty rough in our program. I struggled a lot because of that and I wasn’t able to complete assignments to my standards. I didn’t want to turn in imperfect work. But, in third year, it’s way more valuable to try than not try at all — as cheesy as it sounds.

EA: Honestly, I would tell myself to pay more attention to exams and midterms because of their weight. And to reach out to other people in the class, make friends in the program because it’s very useful to have good friends in this program when it comes time for group work.

Who would you recommend this program to?

Assadi recommends this program to, “people who like a lot of that instant gratification when they’re working on something. In computer science with a lot of projects, you kind of know if it’s going to work or not work. There’s some math involved too so for those who don’t like math at all, I would not recommend computer science.”

CB: I would not recommend this program to someone who doesn’t want to be challenged or want the freedom to create projects on your own. If you are someone who prefers clear instructions, I’m unsure whether you would truly enjoy this program.

Features To Consider In A Housekeeping Management Software 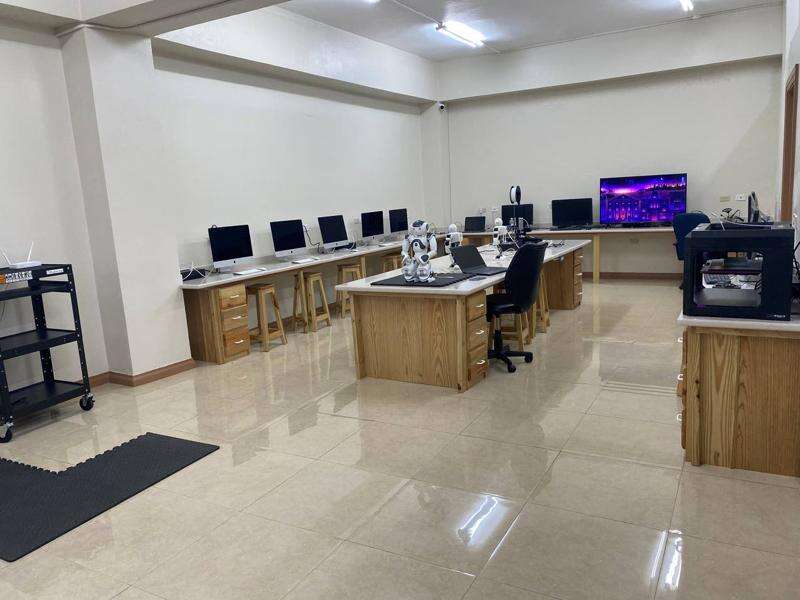