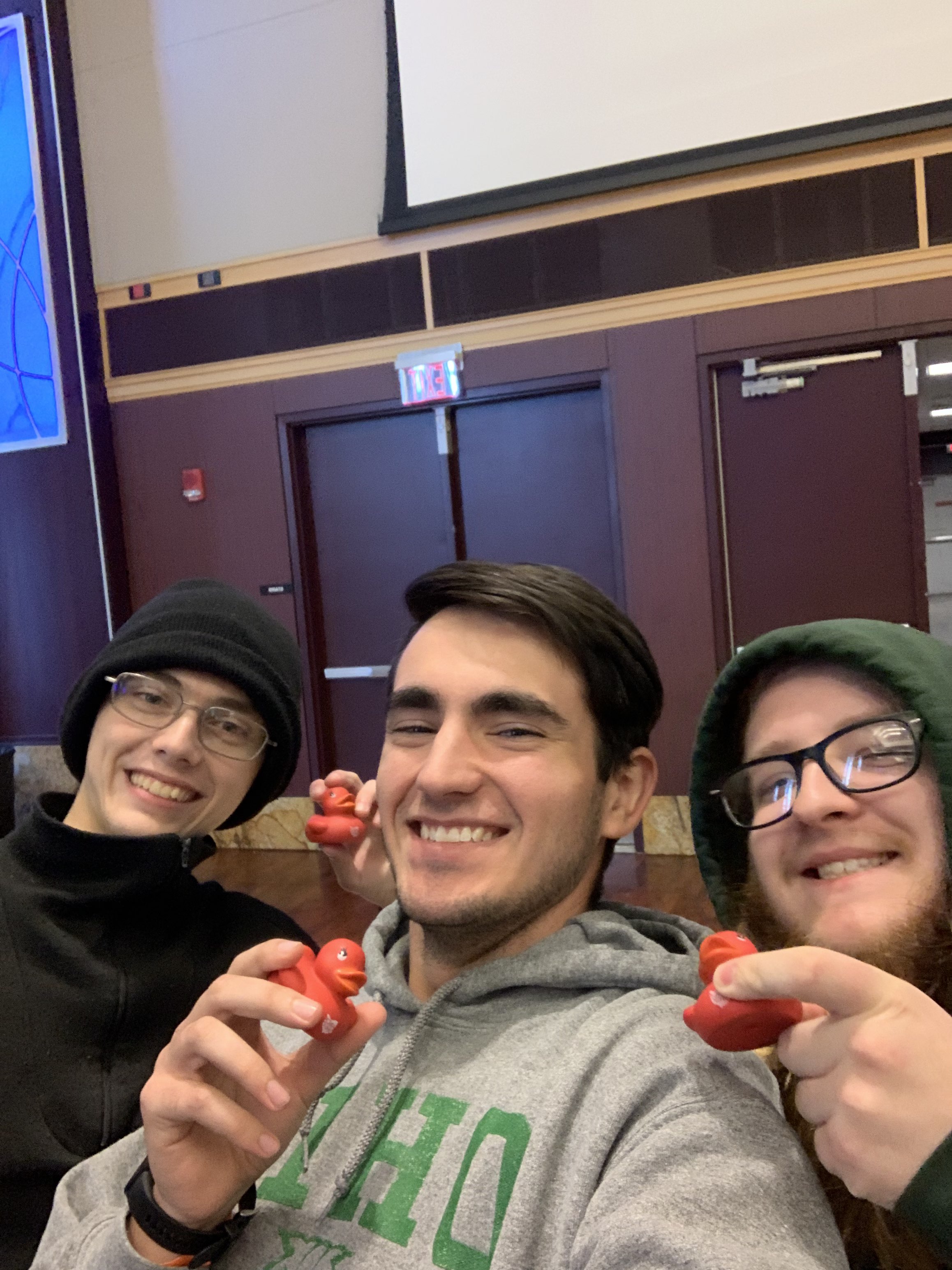 Computer science students Justin Garey, Reilly Schultz and Silas Springer traveled to Columbus, Ohio to represent Ohio University in a collegiate hackathon, a coding competition. Their objective was to complete a project of their choosing that showcased their coding skills and present those skills to a judging panel via video. The team crafted their project — a Discord bot — and were able to present something they were proud to create.

“Discord bots are basically users in a Discord server that are controlled by an API. Our project used artificial intelligence to translate people talking and convert their speech to text,” said Garey.

The OHIO team knew they wanted to build a Discord bot because they recently explored the topic in a meeting of OHIO’s chapter of the Association for Computing Machinery (ACM). Garey and Schultz serve as the president and vice president of ACM respectively. Together they pick topics to explore in meetings that allow students to explore unusual computer science topics outside of the classroom setting, such as building Discord bots.

To continue to expand their knowledge outside of the classroom, the group thought they would compete in HACK OHI/O. In the competition, they worked collaboratively to build a bot. Schultz and Springer worked in Rust, a robust programming language, to design the bot. Garey helped to deploy the bot on the server to make it available for use.

While the group did not take home the prize, they were proud of the product the created. Perhaps most importantly, they built a bot entirely from scratch using the skills they developed as computer science students in the Russ College of Engineering and Technology.

“Hackathons in general are a nice place to learn something new in a short timeframe,” said Springer.

After completing HACK OHI/O, the team is looking forward to hosting their own hackathons at Ohio University in the future.